Kernel methods (Shawe-Taylor and Cristianini, 2004) are a powerful class of algorithms for pattern analysis that, exploiting the so called kernel functions, can operate in an implicit high-dimensional feature space without explicitly computing the coordinates of the data in that space. Most of the existing machine learning platforms provide kernel methods that operate only on vectorial data. On the contrary, KeLP has the fundamental advantage that there is no restriction on a specific data structure, and kernels directly operating on vectors, sequences, trees, graphs, or other structured data can be defined.

Furthermore, another appealing characteristic of KeLP is that kernels can be composed and combined in order to create richer similarity metrics in which different information from different Representations can be simultaneously exploited.

As shown in the figure below, KeLP completely supports the composition and combination mechanisms providing three abstractions of the Kernel class:

Moreover, the class KernelOnPairs models kernels operating on ExamplePairs: all kernels discussed in (Filice et al., 2015) and the PreferenceKernel (Shen and Joshi, 2003) implement this class. 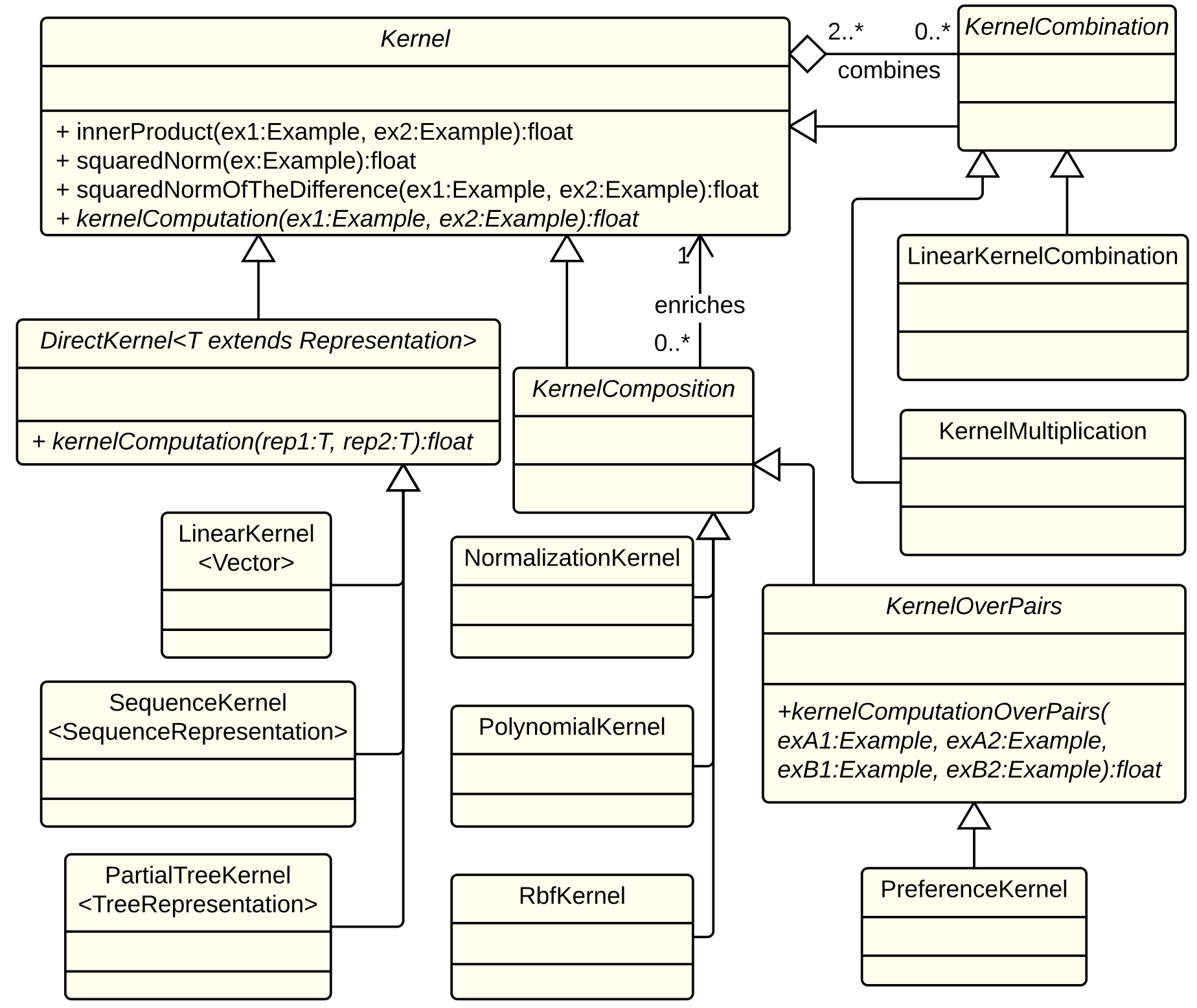 A simplified class diagram of the kernel taxonomy in KeLP.

Kernels on Vectors: they are DirectKernels operating on Vector representations (both DenseVector and SparseVector).

a) Constituency parse tree for the sentence Federer won against Nadal, b) some subtrees, c) some subset trees, d) some partial trees.

Kernel Compositions: they are kernels that enriches the computation of another kernel.

Kernels on Pairs: They operate on instances of ExamplePair.

Libin Shen and Aravind K. Joshi. An svm based voting algorithm with application to parse reranking. In In Proc. of CoNLL 2003, pages 9–16, 2003